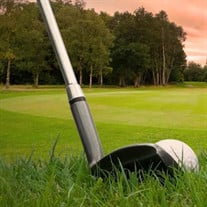 Graveside Service for Mr. Zion David Ginn, Jr., 90, of Gulf Shores, will be Wednesday, April 21, 2021 at 1:00 pm at the Hillview Memorial Park. Dr. Josh Sammons will officiate. The family will receive friends on Wednesday, April 21, 2021 from 11:30 am to 12:30 pm at Radney Funeral Home. Mr. Ginn, Jr. passed away on Thursday, April 15, 2021 at his residence. He was born on November 2, 1930 in Oxford, Alabama to Zion David Ginn, Sr. and Lucille Smelley Ginn. David was a Methodist by faith and was a U.S. Army veteran. He, along with his wife, owned and operated David’s Jewelers in Alexander City for 30 years. David had many friends, he was an active member of the Civitan Club (we always had plenty of fruit cakes), was interested in square dancing, bridge, and later, an avid golfer who won tournaments at Craft Farms, and played a mean game of pool. He had a fun personality and was much loved. He loved his wife dearly and always gave personal care to her at all times. David is survived by his wife of 70 years, Anita Fay Forehand Ginn of Gulf Shores; daughter, Glenda Ginn Cofer (William) of Gulf Shores; son, Stephen David Ginn (Paula) of Madison, MS; and grandsons, Levi Graham and Wyatt Snyder. He was preceded in death by his parents; brother, Edward Ginn; and sisters, Maureen Pendergrass and Bernice Tate. All visitations and services will be held in compliance with the mandated rules from Alabama Dept of Public Health.

The family of Mr. Zion David Ginn Jr. created this Life Tributes page to make it easy to share your memories.