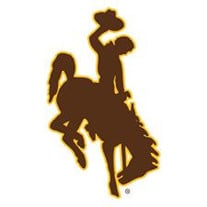 Mr. Wesley "Wes" Warren McLean, 87, of Jacksons Gap, Alabama passed away on Saturday, January 29, 2022 at Lake Martin Community Hospital. He was born on August 24, 1934 in Meeteetse, Wyoming to Floyd McLean and Bessie Florida McLean. Mr. McLean loved his family dearly, especially his wife of 50 years who was the love of his life, his daughter, Jessica who he lost to cancer, the joy of his life was his grandchildren, especially Bailey. He also loved his daughter Terresa and his son in law, David, who he said was the son he never had. Mr. McLean grew up farming and ranching in Wyoming and retired after 28 years from the trona mines in Wyoming. He enjoyed being outdoors, PBR Rodeo, and watching football. He is survived by his daughter, Terresa Gaither (David) of Jacksons Gap, AL; grandchildren, Nathan Nixon, Tasha Nixon, Cody Wes McLean, Dakota Layne Gaither, Austin Hudson, Bailey Gaither, and McKenslee Gaither; great-grandchild, Addison Shurum, Cameron Nixon, and Cash Nixon; sisters, Mildred Curtis and Margaret Williams (Will); and brother, Lester McLean (Elvira). He was preceded in death by his wife, Wally Ann McLean; daughter, Jessica McLean; great-grandchild, Gage Gaither; parents; sister, Lois McLean; and brother, Georgie McLean. The family will schedule a memorial service at a later date in Wyoming. In lieu of flowers, memorials may be made to any Cancer foundation of one’s choice.

The family of Mr. Wesley "Wes" Warren McLean created this Life Tributes page to make it easy to share your memories.

Send flowers to the McLean family.