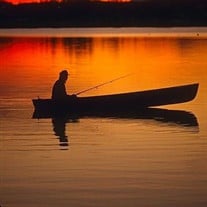 Graveside Service for Mr. Terry Glenn Faulk, 58, of Alexander City, will be Thursday, September 23, 2021 at 11:00 am at the Hillview Memorial Park. The family will receive friends on Wednesday, September 22, 2021 from 5:00 pm to 7:00 pm at Radney Funeral Home. Mr. Faulk passed away on Monday, September 20, 2021 at Russell Medical. He was born on August 16, 1963 in Alexander City, Alabama. He was a member of Mt. Zion Baptist Church. Terry was a hard worker and worked for 35 years for Russell Lands. He was a big jokester and enjoyed playing tricks, especially on his Mom. He enjoyed visiting with family and friends, fishing, and most recently, playing UNO. He is survived by his sisters, Brenda L. Aldridge of Prattville and Linda Speake of Alexander City: brothers, Ricky Faulk (Rita) of Eclectic and Kyle P. Lynch of Alexander City; along with several nieces and nephews. He was preceded in death by his mother, Dorothy F. Lynch, stepfather, Jack Lynch, brother, David C. Faulk, and brother-in-law, Bobby Speake.

The family of Mr. Terry Glenn Faulk created this Life Tributes page to make it easy to share your memories.

Send flowers to the Faulk family.