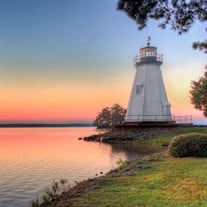 Temple ‘Sandlin’ Coley known and loved throughout Alexander (Alex) City, Alabama died peacefully and quietly on the morning of January 24, 2021. He lived all his life in Alex City. To know him was to become his friend. He was a businessman operating Coley Insurance Agency in downtown Alex City for over fifty years. During his years as an insurance executive, he placed the needs of his customers first and foremost. His dedication and integrity won him the goodwill and respect of the community. Sandlin attended the University of Alabama and was a member of the Chi Phi Fraternity. He was a lifetime member of the First Presbyterian Church and served as a past treasurer. Sandlin enjoyed reminiscing and recalling the pleasures of Lake Martin. He was a faithful member of the coffee club that met at Carlisle Drug store every weekday morning. He was an avid reader of non-fiction. He was always in the middle of a good book, with history and espionage being his favorites. He had a wonderful memory and a head full of accurate information about things his family or friends had experienced. He also enjoyed fishing, tinkering with tools, and napping in his chair. Sandlin was a family man who deeply loved his family. He was dedicated to taking care of them and affectionately known as Big Daddy. He was preceded in death by his wife of 53 years, Wyneda Price Coley. He is survived by his two children, son Temple Sandlin Coley, Jr. (Brenda) of Alexander City, AL; daughter Frances Coley Loudermilk (Robert C.) of Atlanta, GA; four grandchildren; Ann Coley Berkmeier (Will) of Vestavia Hills, AL; Robert Charles Loudermilk, III (Louise) of Atlanta, GA; Chappell Sandlin Loudermilk of New York City, NY; Coley McQueen Loudermilk of Atlanta. GA; two great grandchildren William H. Berkmeier, IV and Amelia Grace Berkmeier of Vestavia Hills, AL; brother Walter Alonza Coley (Nancy) of Alexander City, AL; and numerous nieces, nephews and cousins. A very special thank you is extended to Jane Blackburn and the staff at Chapman’s Assisted Living for their constant compassionate care. In addition, a special thank you to Wayne Blue for his many years of dedication and care. A graveside service will be held at the Alexander City Cemetery on Tuesday, January 26, 2021 at 2:00 p.m. Pastor Bruce McClendon will officiate. In lieu of flowers, donations may be made to the First Presbyterian Church, P.O. Box 96, Alexander City, AL 35011 or the Adelia M Russell Library, 318 Church St., Alexander City, AL 35010.

Temple &#8216;Sandlin&#8217; Coley known and loved throughout Alexander (Alex) City, Alabama died peacefully and quietly on the morning of January 24, 2021. He lived all his life in Alex City. To know him was to become his friend. He was a... View Obituary & Service Information

The family of Mr. Temple "Sandlin" Coley Sr. created this Life Tributes page to make it easy to share your memories.

Send flowers to the Coley family.