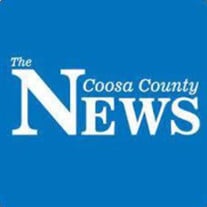 Sarah Josephine Long Scarbrough (Mrs. Jo) graduated from this earthly life in the early morning of February 3, 2022. Josephine was born on January 11, 1931 in Newburg, AL, Franklin County to L.E. and Dewey Long. She was greeted in Heaven by her Mother, Father, son, Aubrey Scarbrough, sister, Betty Jo Wyskida and brother, J.W. Long and many aunts, uncles, cousins and friends. She is survived by her husband, Lewis Scarbrough, daughter and son-in-law, Denise and Tom Nelson, granddaughters, Elise Laurie Nelson and Celeste Sophie Nelson, brother and his wife, Dan & Glenda Long as well as her nieces and nephews. Josephine grew up on a farm in Newberg, AL with her Mother and Father, sister and 2 brothers. She also had many aunts and uncles and cousins nearby. They attended church at Macedonia Baptist Church in Newberg. She graduated from Russellville High School and got a job as a telephone operator in Russellville. Later, she and her sister moved to Huntsville where she was also an operator. She became a member of the First Baptist Church community. In 1962 she married Charles Lewis Scarbrough from Rockford, Al. In 1963 Denise was born and in 1964 Aubrey was born. During this period she stayed very busy with her children but also volunteered with Cradle Roll at church and was the First Aid Lady for a period when the children in elementary school, as well as other activities in the community. In 1982 Lewis retired from NASA and they relocated to Lewis’ home place just outside of Rockford. She did many jobs during this time. She ran the Hungry Farmer Restaurant, she ran the NAPA store, she also ran the Circle S gas station and market. She also had booths at various flea markets. On many Sundays you could find her at the Old Rock Jail on behalf of The Coosa County Historical Society. Her last job was working as the office manager at The Coosa County Newspaper which she and her husband also own. She worked there until the spring of 2020. During her time in Rockford she became a member of Providence Baptist Church. Josephine died on February 3, 2022 early in the morning. She was appreciated and loved by many. Though, she is greatly missed we are filled with bittersweet joy to know she has graduated and received her richly deserved crown of glory. There will be a celebration of her life on Monday, February, 7th, 2021 at Pleasant Hill Church. In lieu of flowers, the family requests donations be made in her honor to your local animal shelter.

Sarah Josephine Long Scarbrough (Mrs. Jo) graduated from this earthly life in the early morning of February 3, 2022. Josephine was born on January 11, 1931 in Newburg, AL, Franklin County to L.E. and Dewey Long. She was greeted in Heaven by... View Obituary & Service Information

The family of Mrs. Sarah Josephine Long Scarbrough created this Life Tributes page to make it easy to share your memories.

Send flowers to the Scarbrough family.