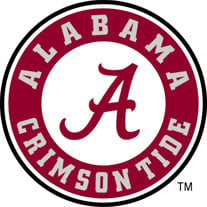 Funeral Service for Mr. Ronald Wade Vickers, 76, of Alexander City, Alabama, will be Friday, June 25, 2021, at 12:00 pm at the Chapel of Radney Funeral Home. Rev. Wayne Cowhick will officiate. Burial will follow in the Hillview Memorial Park. The family will receive friends on Friday, June 25, 2021, from 10:30 am to 11:45 am at Radney Funeral Home. Mr. Vickers passed away on Monday, June 21, 2021, at Brown Nursing Home. He was born on August 10, 1944, in Alexander City, Alabama to Aaron Durell Vickers and Annis Levell Goss Vickers. He was a member of Alex City Methodist Church. Mr. Vickers was a retired game warden with the State of Alabama. He was an avid outdoorsman, private pilot, parachutist, firearm’s instructor and a die-hard Alabama football fan. He loved spending time with his family and friends and never met a stranger. He had a servant’s heart and loved helping others. He served in numerous positions in the church as a deacon and Sunday school teacher. He is survived by his wife of 14 years, Barbara Vickers; sons, Todd Clark (Amy), Shane Clark (Charlie), Chris Clark (Pita); grandchildren, Colton Clark (Tiffany), Jackson Ray, Carson Ray, Hudson Clark and a host of nieces and nephews. He was preceded in death by his parents; brothers, Durell Vickers, Bobby Wayne Vickers, Aubrey Vickers and sister, Faye Adams. In lieu of flowers the family requests memorial contributions be made to the Tallapoosa County Girl’s Ranch, 174 Samford Drive, Camp Hill, AL, 36850.

The family of Mr. Ronald Wade Vickers created this Life Tributes page to make it easy to share your memories.