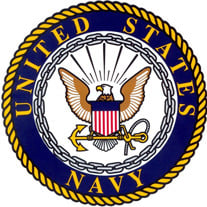 Memorial Service for Mr. Rolland Gilbert Truman, 76, of Dadeville, will be Wednesday, January 19, 2022 at 11:00 am at Camp Alamisco. Bro. Mike Wells and Father Ron Roberts will officiate. Mr. Truman passed away on Saturday, January 15, 2022 at his residence. He was born on July 7, 1945 in Long Beach, California to Rolland Albert Truman and Laverne Gilbert Hurley. He was an active member of LifeSpring Church. He was very involved with The Walk to Emmaus ministry. He served for over 11 years in the United States Navy. He also served as an EMT as well as a volunteer fireman. He is survived by his wife, Sharon Truman of Dadeville; sons, Rolland Gilbert Truman (Tari), II of Grass Valley, CA and Dylan Truman; grandchildren, Ashley Truman, Andrew Truman, Kyla Truman, and Kyra Wolff; sisters, Tamara Luevano, Trina Feliciano (Abi), and Tricia Klebba (Chris); brothers, Norris Truman (Therese), Tracy Truman (Cindy), Trent Truman (Alyssa), and William Hurley (Patti) as well as many other family and friends whom he loved dearly. He was preceded in death by his parents. In lieu of flowers, donations may be made in his memory to Central Alabama Emmaus Community P.O. Box 241571 Montgomery, AL 36124 or LifeSpring Church 20975 Hwy 280 Suite 3 Dadeville, AL 36853.

The family of Mr. Rolland Gilbert Truman created this Life Tributes page to make it easy to share your memories.

Send flowers to the Truman family.