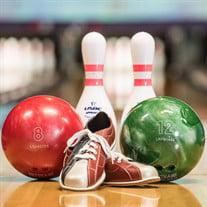 Robert McAlister, 77, passed away on Saturday, Sept. 25, 2021 at Encompass Health Lakeshore Rehabilitation Hospital in Birmingham. Born Nov. 19, 1943 to Howell Curtiss and Claudie McAlister, he was a lifelong resident of Alexander City. Mr. McAlister attended Benjamin Russell High School. A patriot at heart, he volunteered at the early age of 17 to serve in the U.S. Army. He was stationed at Fort Polk, Louisiana for basic training and was in the First Cavalry Division of the Army. He served on the 38th parallel in Korea from 1962 to 1964. Upon his return, he married the love of his life and high school sweetheart, Harriet Louann Hale McAlister. They were happily married for 55 years. He lovingly cared for his wife at the end of her life as she battled pancreatic cancer. He was diagnosed with the same cancer just weeks after her passing in May 2021. Before retiring, Mr. McAlister worked in various sales roles. Thanks to his time in the Army, he received his bachelor’s degree in business from Alexander City Community College, now Central Alabama Community College. After working at Coca-Cola and Bice Motors, he joined Satterfield’s Inc., where he worked for more than 30 years. After leaving Satterfield’s, he worked in sales with Wellborn Industries in the Mat & Timber Division. In his spare time, Mr. McAlister enjoyed bowling, fishing, and watching Alabama football. He most loved spending time with his family and friends, especially his only grandson, Hunter Baker. He is survived by his daughter Danice McAlister Baker and husband Rodney of Alexander City; son Scott Ira McAlister and wife Laura of Birmingham; grandson, Robert Hunter Baker; brothers Elmer McAlister and wife Ann, Frank McAlister and wife Geneva and Avery McAlister and wife Sybil; sisters, Lou Wilson and husband Ted and Shirley Pearce and husband Lewey; and numerous other family members and friends. He was preceded in death by his wife; his parents; brothers Reynolds McAlister, Alvin McAlister and Ralph McAlister; and sisters Julia Thomas, Sarah Spraggins, Geneva Strickland and Joyce Branch. Funeral services for Mr. McAlister will be Wednesday, Sept. 29, 2021 at 1 p.m. at the Chapel of Radney Funeral Home. Bro. Clay Hales, Mr. McAlister’s nephew, will officiate.

The family of Mr. Robert Hugh McAlister created this Life Tributes page to make it easy to share your memories.

Send flowers to the McAlister family.