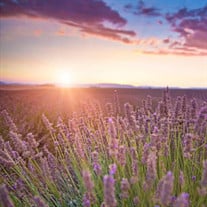 Rita Lamerato Barry passed away on May 13, 2022. She was born on January 19, 1934 in her parents’ home in Detroit, Michigan. Rita attended Chadsey High School and was one of the first female cheerleaders at that school. She was married to William Horton Barry on 7 July 1956. They moved to Alex City 62 years ago. It was quite a shock for her to move from the big city to a small town in the south, but she grew quickly to love it. Rita is a graduate of the Alexander City Junior College where she attended classes on her lunch hour and after work while raising 3 children with busy schedules. On any given night, she would be in the den studying right along with them. One of Rita’s jobs in Alexander City was for the Welcome Wagon where she greeted newcomers to the city with gifts from local merchants. It was the perfect job for her, and she continued to make newcomers feel welcome in her community as long as she was able. She opened her resale consignment shop, A Second Act, and ran it for over 30 years. She is survived by her oldest son, William Anthony “Bill” Barry (Geralyn), her daughter, Diane Barry Hightower (Barry) and her youngest son, Frank Russell Barry; 4 grandchildren Mallory and Connor Barry, Olivia and Sara Hightower; many cousins, nieces and nephews. She was predeceased by the love of her life, William Horton Barry, her husband for 49 years; her sister, Sarafina Lamerato Evanoff and her parents, Antonio and Mary Pignanelli Lamerato. She devoted her life to her children, took them on trips, took them to parties, wrestling tournaments, dancing lessons, guitar lessons, baseball practice, cooked a healthy meal every night, all while working full time. Then her grandchildren came along and she fed them white powdered donuts and took them to Carlisle’s for milkshakes and candy, and they loved her for it. She loved to play cards and games. Pictionary was her jam and though she cheated and everyone knew it, we all wanted to play with her! Rita was an avid bridge player and played weekly with friends for 55 years. She was a member of the Beta Sigma Phi Sorority and loved those women dearly. She met daily with her coffee group and they all looked out for each other. She was a very involved member of St. John’s Catholic Church and NARTS, the National Association of Resale Professionals. Rita played an integral role alongside her husband in creating Alexander City Arts. She was a founding member of the Jayceettes and was a volunteer for the March of Dimes, the Cancer Society, the Girl Scouts of America, the United Way and others we are sure we missed. She could not see well out of one eye and could not hear out of one ear, and this caused her to have trouble keeping her balance. But it did not prevent her from dancing at every opportunity and jogging alongside Bill in many races. It also caused her to be a notoriously terrible driver. She would drive on the wrong side of the road and take out a lot of curbs, but she had places to go and people to see, so on she drove. Rita was an outspoken woman with strong opinions, a feminist before her time, but compassionate to the core and loved her friends and God. She was a deeply caring and loving woman, forever mindful of others and had many, many, many friends. She fought a good fight with vascular dementia until the end of her life. She had a bubbly way of seeing the positive side of things and when asked how she was doing, no matter how she felt, she would answer in her sing-songy way, “pretty good, pretty good.” We are certain that God received her into Heaven with open arms shouting , “Well done Rita, my good and faithful servant.” Services will be held at St. John’s Catholic Church at 2:00 pm on Wednesday, May 18, 2022. Visitation will be held from 12:00 pm until 2:00 pm on Wednesday, May 18, 2022 at St. John’s Catholic Church. In lieu of sending flowers to the funeral, we ask that you send flowers or a note to someone you love and brighten their day in honor of Rita.

Rita Lamerato Barry passed away on May 13, 2022. She was born on January 19, 1934 in her parents&#8217; home in Detroit, Michigan. Rita attended Chadsey High School and was one of the first female cheerleaders at that school. She was married... View Obituary & Service Information

The family of Rita Lamerato Barry created this Life Tributes page to make it easy to share your memories.

Send flowers to the Barry family.