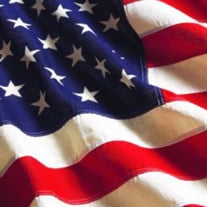 Mr. Rex Earnest Ficquette 1937 - 2021 Mr. Rex Earnest Ficquette, 83, of Kellyton passed away on February 1, 2021, at his residence. He was born to Roy Earnest Ficquette and Avis McCain Ficquette on June 19, 1937, at Ann Jordan Farm in Coosa County. Rex joined the Army in 1958 after graduating from Goodwater High School. He was stationed in Germany during this time. After three years of service, he returned to his hometown of Kellyton and married in August of 1962. He spent many years working for Russell Corporation and retired as assistant plant manager for the Alexander City Distribution Center. Mr. Ficquette enjoyed the farm life and spent hours keeping his pastures and yard well-manicured. He is survived by his wife of 58 years, Romie Ann Andrews Ficquette, four daughters, Andi Wilson (Phillip) of Kellyton, Alice Parmer (Terry) of Alexander City, Julie Green (Jason) of Sylacauga, and Jaime Lee (Hugh) of Indian Springs, grandchildren, Lauren Wilson of Sylacauga, Levi Wilson (Torri) of Kellyton, Allyson Parmer of Auburn, Will Green and Maggie Green of Sylacauga, and Hollyn, Aidyn and Houston Lee of Indian Springs, and great grandchildren, Wilson and Harper Patterson of Sylacauga. Mr. Ficquette was preceded in death by his parents, sister, Joyce Vitu, brother, Billy Ficquette, and in-laws, William JC Andrews, and Romie Thomas Andrews. Pallbearers for the service of Mr. Rex Earnest Ficquette are Phillip Wilson, Jason Green, Terry Parmer, Hugh Lee, Levi Wilson, and Will Green. The family would like to extend their sincerest gratitude to the team at Southern Care Hospice and his home caregivers Tammy Ingram, Denise Embry, and LaShundra Simmons for their daily care for Mr. Ficquette. In lieu of flowers the family requests memorial contributions be made to Kellyton Baptist Church, P O Box 55, Kellyton, AL, 35089. The family will receive friends on Wednesday, February 3, 2021, from 11:30 am to 12:30 pm at Radney Funeral Home. Graveside Service will follow at 1:00 pm at the Kellyton Memory Garden. All visitations and services will be held in compliance with the mandated rules from Alabama Dept of Public Health.

The family of Mr. Rex Earnest Ficquette created this Life Tributes page to make it easy to share your memories.

Send flowers to the Ficquette family.