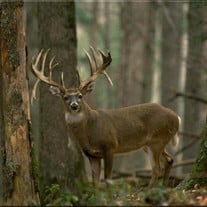 Graveside Service for Mr. Randall Clay “Red” Hendrix, 59, of Kellyton, will be Thursday, December 30, 2021 at 2:00 pm at the Kellyton Memory Gardens. The family will receive friends on Thursday, December 30, 2021 from 12:00 pm to 1:30 pm at Radney Funeral Home. Randall Clay Hendrix, known by all who knew him as “Red Man”, lost his hard fought battle on December 26, 2021. Red was born June 20, 1962 to Early Hendrix and Mrs. Lola Mae Hendrix in Alexander City, AL. Red lived most of his life in Kellyton, AL and was a graduate of Goodwater High School class of 1980. Red was a card overhaul mechanic for the Russell Corporation and then finally for Frontier Yarn. Red was a kind hearted man, with a very gentle soul. He was always more concerned about the ones he loved more than himself. Red loved to help his friends in anyway he could, and would go without himself to make sure others had what they needed. Red was the most handy person and could fix anything that was put in front of him. Randy was not one to be idle but if he wasn’t fixing something he was in garden. He loved any animal he ever came across, including raising puppies, kittens, chickens, cows and pigs. Red love to fish, hunt and trap. He spent many weekends doing so with his Brother Mike. Randy loved his family and often told fond stories of his mom and dad. Red, the man, was a beloved friend to all who knew him and will be missed tremendously. He is survived by his great nephew, Marcos Clay Branham (Heather) of Equality; great great nephew, Elijah Clayton Branham; friends, Chad and Missy Kohls, Kate Kohls, Will Kohls, Jeffrey and Stacy Bradford, and Waylon Bradford all of Kellyton as well as many other family and friends. He was preceded in death by his parents; sister, Brenda Kelley; and brother, Michael Earl Hendrix. In lieu of flowers, donations may be made to your local animal shelter in his memory.

The family of Mr. Randall Clay "Red" Hendrix created this Life Tributes page to make it easy to share your memories.

Send flowers to the Hendrix family.