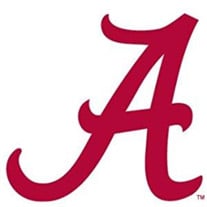 Memorial Service for Mr. Mitchell Randolph "Randy" Allen, 77, of Alexander City, will be Monday, March 15, 2021 at 4:00 pm at the Chapel of Radney Funeral Home. Randy Anderson will officiate. The family will receive friends prior to the service from 2:30 pm until 3:30 pm. Mr. Allen passed away on Friday, March 12, 2021 at Russell Medical. He was born on June 20, 1943 in Alexander City, Alabama to Mitchell Astor Allen and Myra Daniel Allen. He was a member of Alex City Methodist Church. He graduated from Benjamin Russell in 1961 and attended Jacksonville State University and Alverson-Druaghn Business College. He worked for the Coca-Cola Company, Red Wing Service Station, and later for Alabama DOT. After his retirement from the state, he worked as a Security Guard at Russell Corp. Randy was an avid fisherman until he could no longer fish then took up golf. He enjoyed traveling especially to the Smokey Mountain area of Tennessee. He was a big Alabama Football Fan and enjoyed NASCAR. Randy did everything to the max, was a great provider, and dearly loved his family. He was very fond of his dog, Lilly. He is survived by his wife of 51 years, Margaret Allen of Alexander City; daughter, Shannon Allen Cumbie (Brandon) of Alexander City; son Randy Allen, II of Alexander City; grandchild, Zander Allen Cumbie; brother, Lynn Allen of Alexander City; aunt, Mary Evelyn Allen; Mother-in-law, Mary Jo West; nephews, Mitchell Lynn Allen (Angela), Blake Jon Allen (Tiffany); nieces, Audrea, Jessica, and Donya; brother-in-law, Donald West (Erie)three great nieces, two great nephews, and a special, cousin, Betty Aarhus. He was preceded in death by his parents. The family requests memorial contributions be made to OFF 821 Coosa County Road 91 Alexander City, AL 35010.

Memorial Service for Mr. Mitchell Randolph "Randy" Allen, 77, of Alexander City, will be Monday, March 15, 2021 at 4:00 pm at the Chapel of Radney Funeral Home. Randy Anderson will officiate. The family will receive friends prior to the service... View Obituary & Service Information

The family of Mr. Mitchell Randolph "Randy" Allen created this Life Tributes page to make it easy to share your memories.

Send flowers to the Allen family.