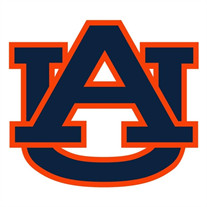 Allen McGill died peacefully at home on September 12, 2020 after a short but difficult illness. He was 66 years old. He is survived by his wife of 18 years, Paula Wallace McGill of Wetumpka, AL, daughter Lori McGill of Flowery Branch, GA, mother Voncile McGill of Montgomery, two brothers Ken McGill (Cathy) of Ocean Isle Beach, NC and Scott McGill (Jennifer) of Crane Hill, AL, stepdaughters Stacey Antle (Dave) and Jennifer Bell ( Jake) of Columbus, OH. Allen was born on March 19, 1954 in Felixstowe, England; the son of career Air Force parents. During his early life he lived in a number of places in the US and overseas, before the family settled in Montgomery. After high school at Robert E. Lee High, he went off to Auburn University in 1972. After a short stint at Auburn he decided to go to work at the US Postal Service in Montgomery, where he ended up staying for a career that lasted 37 years until he retired in 2011. Along the way, he also found time to go back to college and earn his Bachelor's Degree from Auburn University at Montgomery. He and his wife Paula moved to Wetumpka where they have spent the last 16 years. During his life he loved best to spend time with his family----especially outdoor pursuits like traveling around the south in a series of recreational vehicles, and spending time at Lake Martin at the family cabin. He spent countless hours supporting his daughter’s sports and school activities. He also was a deer hunter, careful tender of his house and gardens, and a master of grilling. He loved to follow college sports, but was especially passionate about Auburn football. Allen will be missed by his remaining family members, but his easygoing and caring nature and the memories of our times with him will stay with us forever. He will be laid to rest on Saturday, September 19, 2020 at 1:00 PM in the McGill family section of Hillview Memorial Park of Alexander City, AL. In lieu of flowers, any donations in his memory should be made to the National Pancreatic Cancer Foundation or to the charity of your choosing.

Allen McGill died peacefully at home on September 12, 2020 after a short but difficult illness. He was 66 years old. He is survived by his wife of 18 years, Paula Wallace McGill of Wetumpka, AL, daughter Lori McGill of Flowery Branch, GA, mother... View Obituary & Service Information

The family of Mr. Michael Allen McGill created this Life Tributes page to make it easy to share your memories.

Allen McGill died peacefully at home on September 12, 2020 after...