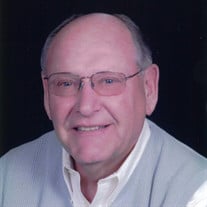 Funeral Service for Mr. Marvin Wayne Cross, 74, of Jacksons Gap, Alabama and formerly of Elkhart, Indiana, will be Friday, January 14, 2022 at 11:00 am at the First Baptist Church, Alexander City, Alabama. Dr. Steve King and Rev. Brad Averette will officiate. Mr. Cross will lie instate at the church on Friday from 10:00 am until service time. The family will receive friends on Thursday, January 13, 2022 from 5:00 pm to 7:00 pm at Radney Funeral Home in Alexander City, AL. The family will also have a service on Tuesday, January 18, 2022 11:00 am at Sugar Grove Church in Goshen, Indiana. The family will receive friends on Monday, January 17, 2022 from 5:00 pm to 7:00 pm at Stemm Lawson Peterson Funeral Home in Elkhart, IN. Mr. Cross passed away on Monday, January 10, 2022 at University of Alabama Hospital. He was born on September 20, 1947 in Goshen, Indiana to Daniel Cross and Beulah Gingerich Cross. Marvin was a graduate of the class of 1965 at Bethany Christian High School in Goshen, IN. He married his best friend, Deanna DuBois England, November 15, 1975 and they have been inseparable ever since. Marvin, a selfless man of great faith and integrity, was an active member of First Baptist Church Alexander City, where he served as a deacon. He also was an active member of the Happy Hearts Ministry and served on the Transportation Committee. Marv was an avid bowler and loved water sports. He took great joy in teaching others how to water ski. He was the owner and operator of G&R Transport and Marv’s Truck Service and Wash in Elkhart, IN. He and Deanna also ran the wheelchair and scooter rental booth at the Elkhart County 4-H Fair for 30+ years. He is survived by his wife of 46 years, Deanna Cross of Jacksons Gap; daughters, Kami Metcalf (Darin) of Elkhart, IN and Melissa Baker (Bill) of Elkhart, IN; sons, Jim England (Stacey) of Greenwood, IN, Tim England (Corinna) of Fort Wayne, IN and Sheldon Cross (Stephanie) of Elkhart, IN; grandchildren, Brandon Metcalf, Brianne Ballow (Jose Munoz), Kendra Metcalf, Jarrod Vest (Mercedes), Justin Vest (Denise), Brock England (Katie Cruse), Brayton England, Lauren Snyder, Kennedy Cross, Evan England and Issac England; great-grandchildren, Savannah Pearl Munoz, Adriana and Remington Vest, Savannah A. Vest, Callie and Braque England, Trinity Phillips and Madilynn Kuhl; sisters, Joyce Miller, Darlene Plank, Gloria Schrock (Michael), all of Goshen, IN; brother-in-law, Duane DuBois (Kathy) of Elkhart, IN; and his beloved fur baby, Kuvo. He was preceded in death by his parents; grandson, Dalton Metcalf; brothers-in-law, Omer Miller and Vernon Plank. In lieu of flowers, memorial contributions may be given to First Baptist Church, Endowment Fund for Missions, P.O. Box 400, Alexander City, AL 35010.

The family of Mr. Marvin Wayne Cross created this Life Tributes page to make it easy to share your memories.

Send flowers to the Cross family.