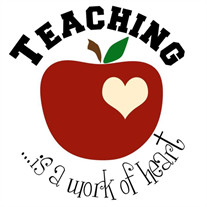 Mrs. Margaret Jane Thompson, 92, of Montgomery, Alabama, passed away on Friday, December 11, 2020 at Prattville Baptist Hospital. She was born on June 11, 1928 in Prentiss City, Mississippi to Edwin Hobson Tackett and Mary Alice Bartlett Tackett. She was a member of Beta Sigma Phi Sorority. She was a teacher for 38 years, teaching at the old Russell School and Benjamin Russell High School. She was a member of First United Methodist Church of Alexander City where she participated in and taught Sunday School for many years. She enjoyed volunteering with hospice, Lake Martin Area United Way, and Meals on Wheels. She was a giving mother, grandmother, and great-grandmother and will be greatly missed. She is survived by her daughters, Melissa Leisy (Eric) of Montgomery, AL, and Kim Clepper (David) of Columbus, GA; son, Michael B. Thompson (Elyce) of Birmingham, AL; grandchildren, Benjamin Thompson, Willie Jackson Thompson, Katherine Leisy, Charles Leisy, and Thompson Clepper; and great-grandchildren, Analyce Thompson, Jack McCain, and Grayson Eagan. She was preceded in death by her husband, Benjamin G. Thompson; parents; grandchild, Celyce Thompson; sister, Kathryn Tackett; and brother, William Tackett. In lieu of flowers, memorial donations may be made to Alexander City Meals on Wheels at 3316 Hwy 280 Alexander City, AL 35010 and Lake Martin Area United Way at https://www.unitedwaylakemartin.org/. Due to coronavirus concerns, a family only memorial service will be held. Memorial messages may be sent to the family at www.radneyfuneralhome.com. Radney Funeral Home is in charge of the arrangements. All visitations and services will be held in compliance with the mandated rules from Alabama Dept of Public Health.

The family of Mrs. Margaret Jane Thompson created this Life Tributes page to make it easy to share your memories.

Send flowers to the Thompson family.