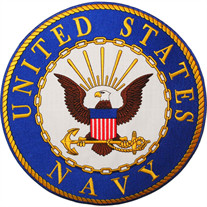 Kroydon L. Carroll was born on January 20, 1957, in Philadelphia, Pennsylvania to Charles Henry Carroll and Doris Winifred Carroll. He passed away on Thursday, August 19, 2021, at Russell Medical. Mr. Carroll served in the United States Navy for 21 years. He worked as an LPN since 2004 and retired from Bill Nichols State Veteran’s Home in 2021. He is survived by his wife, Wendy Carroll (m.Oct. 8,1994); daughter, Mindy A. Bentley; sons, Anthony D. Sheaffer, Zachary S. T. Sheaffer (Lindsey Bomar), Konnery C. K. Carroll, Quentin X. Carroll; grandchildren, Elijah D. Bentley, Damian Bomar, Sophie De La Cruz, Brayden T. Sheaffer, Sol D. R. Sheaffer; brothers, C. Kevin Carroll (Kim), Kyle Carroll (Shell) and their children. As well as numerous family and friends. He served on many ships and overseas operations. Most notably, the John F. Kennedy CV67, his final ship. After 21 years of naval service, he retired in 1999. Post naval retirement, Donni embarked on a new career as a nurse. Having a compassionate, warm, loving heart and a desire to help and uplift others, he studied and became an LPN. As a nurse, he worked home health, hospice, hospital, and a Veteran’s home. He worked 12 years at Bill Nichols Veteran’s Home until January of 2021, retiring due to health concerns. Donni was known for his wonderful bear hugs. He was a kind-hearted, loving, compassionate man. Donni was a loving husband, father, and devoted family man. He was a friend to many and cared deeply for all his patients/residents through his tenure as a nurse. Donni was a vibrant soul with a bright light who illuminated his wife, children, and others who shared his life’s journey on the earthly path. “Peaceful rest my love, you were the love of my life. I am ever grateful to God for uniting us as ONE. As we said to one another, together forever as one. I love you” ~Wendy He was preceded in death by his parents.

The family of Mr. Kroydon "Donni" L. Carroll created this Life Tributes page to make it easy to share your memories.

Send flowers to the Carroll family.