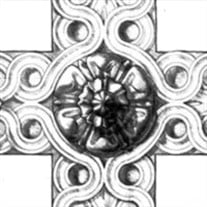 Joseph H. Robinson, Jr. of Alexander City, Alabama died peacefully in his home on Wednesday, January 6, 2021. He is survived by his wife, Lynda; sons, Ross H. Robinson and wife, Amanda and Ryan H. Robinson and wife, Traci; grandchildren: Hannah Jaynes Robinson, Elizabeth Skye Rankin and Sara Darling Robinson and two great grandchildren, Jace Morrison and Carli Rankin; and his brother, Richard H. Robinson and his wife, Elizabeth (Libba). He enjoyed his wife’s family throughout their 36-year marriage. His stepson, Jeffrey T. Williams, stepdaughter, Kimberly Powell, and step grandchildren: Lynlee P Nichols, J.B. Powell, J.T. Williams, Palmer Williams and John David Williams and one step great grandson, Warren Reid Nichols. Joe accomplished many notable endeavors and accomplishments throughout his life. He was a graduate of Indian Springs High School in Birmingham, Alabama and served on its Board of Directors for many years after his graduation. He attended the University of Alabama and was an Honor Student, achieved the Distinguished Military Graduate of ROTC, the Scholastic Honor Society of Phi Eta Sigma and was President of his fraternity, SAE. Immediately after his graduation from the University he joined the Army and achieved the rank of Captain and continued his service in the National Guard until retirement. Joe returned to Alexander City and became the CEO of his family’s business, Robinson Foundry, which was founded by his father, Joseph H. Robinson, Sr. He also conducted the business of Robinson Iron Corporation, an ornamental iron business also founded by his father. Joe was joined in the business of Robinson Foundry and Robinson Iron by his brother, Richard H. Robinson, upon Ricky’s graduation from the University of Alabama. 50 businesses in Alexander City were burned to the ground on June 13, 1902 as a result of a fire started at Robinson Foundry. Joe and Ricky purchased Satterfield Machine & Welding Company in 1999 and continued to operate that business together. Joe was President of the Alexander City Chamber of Commerce in 1972 and initiated the Gateway Program which allowed Alexander City high school graduates to continue their education tuition free at the Central Alabama Junior College for a two-year term, either scholastically or vocationally. He was honored with the award of Man of the Year of Alexander City in 1985. He became involved with The Boy Scouts of America as a Silver Beaver and enjoyed serving as a Scout Master and later as the President for the Tukahatchee Area Council, served on the Board of Directors and was awarded the District Award of Merit. Joe served as President of the Alabama Cast Metals Association, Board of Directors of The First National Bank of Alexander (later known as Alliant Bank) and Board of Directors of Willow Point Golf and Country Club. He was awarded the Alabama Cast Metal Association’s Distinguished Foundryman of the Year and was proclaimed to be the world leader in the lost foam casting process. In 2020 he was presented with the American Foundry Society Lost Foam Division Outstanding Individual Contribution Award. Graveside services will be held at the City Cemetery in Alexander City on Saturday, January 9, 2021 to be attended by immediate family and officiated by Dr. T. Michael Morgan. The family has requested in lieu of flowers that donations to First Presbyterian Church, P.O. Box 96, Alexander City, AL 35011 or Lake Martin Animal Shelter, P.O. Box 634, Alexander City, AL 35011, in honor of Elvis will be appreciated.

The family of Mr. Joseph H. Robinson, Jr. created this Life Tributes page to make it easy to share your memories.