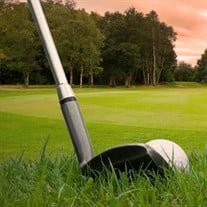 Graveside Memorial Service for Mr. Joseph Forney Gilliland, 93, of Goodwater, will be Saturday, August 14, 2021, at 10:40 am at the Gilliland Family Cemetery. Minister David Rozelle will officiate. The family will receive friends on Saturday, August 14, 2021, from 9:30 am to 10:00 am at Radney Funeral Home. Mr. Gilliland passed away on Friday, August 6, 2021, at Goodwater Healthcare Center. He was born on September 4, 1927, in Sylacauga, Alabama to Jones Stephens Gilliland and Maidhof Bridges Gilliland. Mr. Gilliland was a World War II veteran and participated in the Occupation Forces in the South Pacific. After the war he attended the University of Alabama and returned to Goodwater where he was employed at Peoples Trust and Savings Bank, he was co-owner of Southern Casket Company with his brother and eventually owned and operated Hatchett Creek Golf Club in Goodwater. While managing Hatchett Creek Golf Club, Joe also planted a blueberry orchard where he and his wife kept friends and family in ample supply of fresh blueberries. After retiring, Joe enjoyed gardening, fishing, meeting his friends for breakfast at the coffee club and feeding his Canadian Geese. He was uncle to many nieces, nephews and grand nieces and nephews who enjoyed visiting Uncle Joe, where they rode in golf carts, fed and caught catfish and ate blueberries until they “popped.” In later years Joe was blessed to have neighbors, the Tylers, who treated him like family and enabled him to remain independent as long as possible. He is survived by his sister, Betsy Gilliland Eyraud; nieces, Meg Gilliland Sanders (George), Marian Eyraud Murphy and nephew, J. Steve Gilliland III. He was preceded in death by his wife of 41 years, Shirlea Edmonson Gilliland; parents and brothers, Jones Stephens Gilliland Jr. and Thomas Henry Gilliland. In lieu of flowers the family requests memorial contributions be made to Tunnel to Towers Foundation, 2361 Hylan Boulevard, Staten Island, New York, 10306

Graveside Memorial Service for Mr. Joseph Forney Gilliland, 93, of Goodwater, will be Saturday, August 14, 2021, at 10:40 am at the Gilliland Family Cemetery. Minister David Rozelle will officiate. The family will receive friends on Saturday,... View Obituary & Service Information

The family of Mr. Joseph Forney Gilliland created this Life Tributes page to make it easy to share your memories.

Send flowers to the Gilliland family.