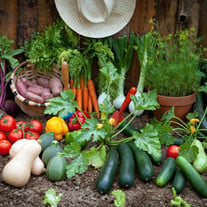 Graveside Service for Mr. John Nolen Baker, 67, of Alexander City, will be Tuesday, July 27, 2021, at 11:00 am at the Hillview Memorial Park. Rev. Ronnie Boulware will officiate. The family will receive friends on Tuesday, July 27, 2021, from 9:30 am to 10:30 am at Radney Funeral Home. Mr. Baker passed away on Saturday, July 24, 2021, at his residence. He was born on August 11, 1953, in Alexander City, Alabama to George Rickwood Baker and Mary Ann Blanks Baker. He was a member of Wayside Baptist Church. He is survived by his wife, Cynthia Baker of Alexander City, AL, sons, Johnathan Keith Baker of Alexander City and Christopher John Baker (Misty) of Alexander City; grandchildren, Rickwood Mitchell Baker, Madison Jane Baker, and Toby Lee Baker, all of Alexander City; sister, Betty Robinson; brother-in-law, Hamp Sandlin (Denise); sister-in-law, Sylvia Stacey; special cousin, Randy Scott (Anne); aunt, LaMerle Brown and several other extended family and friends, He was preceded in death by his parents. Pallbearers will be Freddie Cason, Terry Roughton, Phillip Boone, Fred Burton, Lynn Price, Brian Taunton, Jimmy Martin and Frank Moody. The family is requesting no flowers. Donations may be made in his honor to Wayside Baptist Church or to a charity of one’s choice. The family would like to extend a special thank you to Encompass Healthcare and Hospice and Dr. Corbin.

The family of Mr. John Nolen Baker created this Life Tributes page to make it easy to share your memories.

Send flowers to the Baker family.