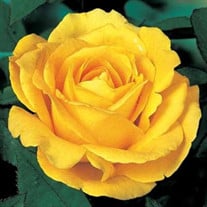 Funeral Service for Mrs. Jessie Ruth Neighbors, 87, of Wetumpka, Alabama, will be Monday, December 6, 2021 at 11:00 am at the Chapel of Radney Funeral Home. Rev. Mike Jackson and Rev. Richard Hall will officiate. Burial will follow in the Hillview Memorial Park. The family will receive friends on Sunday, December 5, 2021 from 2:00 pm to 5:00 pm at Radney Funeral Home. Mrs. Neighbors passed away peacefully on December 2, 2021 at her home. She was born on March 26, 1934 in Coosa County, Alabama to Lawrence Estes and Inez McCain Estes. Mrs. Neighbors retired from Russell Corporation after 46 years. She was a finalist for the 1987 Alabama Textile Citizen of the Year for the Montgomery plant. She worked part time at the State Capital in Montgomery for 15 years at the registration desk and as a tour guide. She was a member of Beta Sigma Phi International Sorority for over 40 Years and was named Alabama State Woman of the Year in 1998 and 2017. She received the International Award of Distinction in 2017 which is the highest honor given by Beta Sigma Phi. She was also an avid University of Alabama football fan. She is survived by her daughter, Glenda Cardwell (Ricky) of Rockford; son, Joe Larson Neighbors, Jr. (Susan) of Goodwater; grandchildren, Renee Hall (Richard) of Scottsboro, Amanda Carones (Francesco) of Milan, Italy, Fred Neighbors (Tina) of Chelsea, and Darrell Cardwell (Tammie) of Equality; great grandchildren, Rachel Hall Davis (Joshua), Lauren Grace Hall, Lyndsay Hall, Will Neighbors, Caroline Neighbors, Carson Cardwell, Mackenzie Cardwell, Reagan Cardwell, D.J. Cardwell, Alessandro Carones, and Emilio Carones. She was preceded in death by her parents; husband, Joe Larson Neighbors, Sr.; sisters, Catherine Estes, Mary Carr; brothers, Reginald Estes, and Judson Estes.

Funeral Service for Mrs. Jessie Ruth Neighbors, 87, of Wetumpka, Alabama, will be Monday, December 6, 2021 at 11:00 am at the Chapel of Radney Funeral Home. Rev. Mike Jackson and Rev. Richard Hall will officiate. Burial will follow in the Hillview... View Obituary & Service Information

The family of Mrs. Jessie Ruth Neighbors created this Life Tributes page to make it easy to share your memories.

Send flowers to the Neighbors family.