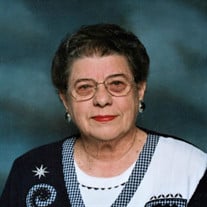 Graveside Memorial Service for Ms. Jean Williams Cummins, 94, of Alexander City, Alabama will be Saturday, February 12, 2022 at 11:00 am at the Alexander City Cemetery. Father Rob Iler will officiate. A Memorial Service will be held Sunday, May 22, 2022 at 2:00 pm at Saint James Episcopal Church. Father Rob Iler will officiate. Ms. Cummins passed away on Friday, January 21, 2022 at Russell Medical. Ms. Cummins was born May 22, 1927 to the late Lois Young Williams and the late Jack Williams (first full-time Mayor of Alexander City). She is survived by her daughter, Susan Carley Cummins of Alexander City, AL; son, John A. Cummins, Jr. (Kim Dixon Cummins) of Birmingham, AL; grandchildren, Jason Thomas (Jen Clossen) and Jessica C. Matney; great-grandchildren, Lydia Clair Matney, Donovan Matney, J.J. Clossen, Isla Clossen, and B. Clossen; and sister, Jacque W. Scott. She was preceded in death by her daughter, Amy Elizabeth Bagwell; parents; and brothers, Fred Williams and Henry Williams. Jean graduated from Alexander City High School in 1944 and was honored as Most Unselfish student for her loyalty to the high school and was presented the prestigious Carlisle Loving Cup at graduation. She graduated from Huntingdon College, Montgomery in 1948 and was named Miss Loyalty by the faculty and also presented a sterling silver loving cup at graduation for unselfish service. Jean taught school in Montgomery and later married John A. Cummins. They lived in Auburn while he finished college, then in Memphis, Gulfport, and New Orleans. She was active in Jaycettes in Gulfport, she was honored Outstanding Jaycette in Mississippi in 1958. In 1968 the family moved back to Alexander City, and she became active in her children’s schools and Saint James Episcopal Church. She served in the nursery, taught Sunday School, served 25 years on the Altar Guild, member of the Vestry, president of Episcopal Church Women, and 10 years as Treasurer. In 1976 Ms. Cummins was the first female ever elected to the Alexander City City Council and served with distinction thru 1980. She got great pleasure in serving the community. She also helped organize the original Beautification Board. In 1982 the Council named her a Lifetime Member. She was a member of the Twentieth Century Study Club over 46 years, serving in all official offices, she also enjoyed the Tallapoosa County Historical Society. She was a descendent of the Youngs who founded Youngsville in 1834. Her great great grandfather was Benjamin Young, great grandfather Benjamin Phelps Young who is buried on Young Island, and grandfather was Fred Walker Young. In 1984 she became an aide to a physically challenged young man just beginning first grade at Jim Pearson School, and aided him for 10 years thru Stephens, Radney, Middle School and into Benjamin Russell High School, until the family moved away. She kept in touch with him until her death. Then she aided a special young lady until she graduated. Ms. Cummins retired in 2007 at the age of 80. Honored in 1985 as First Lady of Alexander City for her activity and support in the community, she continued her genuine caring for the elderly and infirmed in local nursing homes, until her death. The family requests no flowers. Contributions may be made to Saint James Episcopal Church, 347 South Central Ave., Alexander City, AL 35010 or Volunteer Connections, PO Box 1111, Alexander City, AL 35011.

The family of Ms. Jean Williams Cummins created this Life Tributes page to make it easy to share your memories.

Send flowers to the Cummins family.