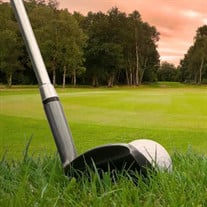 Funeral Service for Jack Edwin (Ed) Blankenship, 83, will be Monday, July 5, 2021, at 2:00 PM at Trinity Campus of First United Methodist Church of Alexander City with Rev. Mike Densmore officiating. Burial will follow at Hillview Memorial Park. The family will receive friends on Sunday, July 4, 2021, from 5:00 pm to 7:00 pm at Radney Funeral Home. Mr. Blankenship will lie in state at the church one hour prior to service. Jack Ed was born October 14, 1937, is preceded in death by his parents, Jack Henry and Bertha Victoria Solley Blankenship, his brother, John Lewis, and deceased wife, Wanda. He leaves behind his loving wife, Bobbie, his two daughters, Kristin Richardson and Karla Hines (Chris), his two step-daughters, Kathy Mitchell and Susie Simmons (Danny), his eight beautiful grandchildren, Hunter Hines (Rae Ann), Harris Hines, Hannah Hines, Savannah Richardson, Blake Mitchell, Grace Mitchell, Jeanie Simmons (Justin), and Dylan Simmons (Autumn), his four wonderful Great-grandchildren, Jesslyn, Jaycee, Ryleigh, and Davis, and a large number of first cousins, that are more like his brothers and sisters (lovingly referred to as CUZS.) Jack Ed had a “long and some-what successful life filled with many good (and not so good) happenings,” if you were to ask his opinion. He attended Old Russell School, Benjamin Russell High School, and Alexander City Junior College. While at ACJC, Jack Ed had the distinction of receiving the first ever Associates of Science Degree given from ACJC. Once receiving his degree, he enrolled in Auburn University and obtained his Educational Specialist Degrees. Jack Ed finished his education journey on Friday and by the next Monday; he was working for Russell Manufacturing, where he was employed for the next five years. He then began working at Tallapoosa County Board of Education where he retired 32 years later. During these 32 years he had many jobs and responsibilities: teaching, Transportation Supervisor, Title IX Coordinator, Title X Coordinator, Recruiting Coordinator, Attendance Officer, Assistant Principal, Principal, and Custodian of Funds. Jack Ed owned and operated WHATS Curb Market from 1978-84 which he considered a great experience meeting many people and making lasting friends. One of Jack Ed’s greatest achievements was to serve in our Military for 22 years. He served in the USMC, the National Guard, and retired from the Air Force Reserve. Jack Ed was a member of First United Methodist Church of Alexander City where he sang in the choir and was a member of the Beacon Sunday School Class. He was a lifelong member of the Ware Masonic Lodge, member of the Alexander Elks Lodge 1878 where he held many offices including Exalted Ruler. Jack Ed loved the outdoors and was happiest when working in the yard, gardening, playing golf, fishing, and hunting. He had a proud moment on his 75th birthday when he shot a score of 75. Jack Ed once said that his “accomplishments may not be the greatest, but they are OK for a skinny, shirt tail kid from Fourth Way in Russell Village with my only regret being that I didn’t do enough for others”. If you were to ask anyone who knew him though, we would tell you that he was one of the greatest men on Earth! The family requests no flowers, donations may be made in his memory to Good Samaritans Ministry at FUMC 310 Green St. Alexander City, AL 35010 or to the American Diabetes Association 2451 Crystal Drive, Suite 900 Arlington, VA 22202 or to a charity of one’s choice.

The family of Mr. Jack Edwin (Ed) Blankenship created this Life Tributes page to make it easy to share your memories.

Funeral Service for Jack Edwin (Ed) Blankenship, 83, will be...

Send flowers to the Blankenship family.