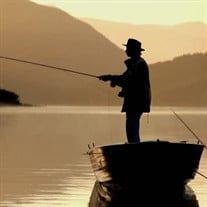 Memorial Service for Mr. Howard Randolph "Randy" Sharman Jr., 71, of Alexander City, will be Wednesday, September 23, 2020 at 5:30 pm at the Chapel of Radney Funeral Home. The family will receive friends on Wednesday, September 23, 2020 from 3:30 pm to 5:00 pm at Radney Funeral Home. Mr. Sharman passed away on Sunday, September 20, 2020 at his home. He was born on August 2, 1949 in Alexander City, Alabama to Howard Randolph Sharman, Sr. and Mary Will Spivey Sharman, and grew up in Camp Hill, Alabama. He graduated from Auburn University in 1973 with a degree in Business. He was an active member of First United Methodist Church. He was an avid outdoorsman, who enjoyed hunting, fishing, and gun smithing. He was known for his cooking, Boston butts, venison backstap, and perlo, special for the hunting camp, family and friends, and for Auburn football games. He loved animals, especially his dogs. He was a beloved husband, father, grandfather, and friend. He loved his family dearly, and will be greatly missed. He is survived by his wife of 46 years, Brenda Johnson Sharman; daughter, Meredith Sharman George (Matt); son, Matthew Jason Sharman (Sarah); grandchildren, Ella Peyton Sharman, and Mallory Sharman; sister, Sandra Sharman Mosley Knipling (Tom) of San Antonio, TX; and step-mother, Josephine L. Sharman. The family would like to extend a special thank you to Sam Rowe, for his faithful service in caring for Randy and the family. He was preceded in death by his parents. The family will accept flowers, or donations may be made in his memory to the Brain Support Network, P.O. Box 7264 Menlo Park, CA 94026.

The family of Mr. Howard Randolph "Randy" Sharman Jr. created this Life Tributes page to make it easy to share your memories.

Send flowers to the Sharman family.