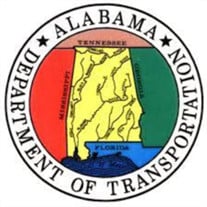 Funeral Service for Mr.Herbert Lewis Norred, 85, of Alexander City, Alabama, will be Saturday, February 13, 2021 at 3:00 pm at the Chapel of Radney Funeral Home. Bro. Donnie Pritchard will officiate. Burial will follow in the Hillview Memorial Park. Mr. Norred passed away on Thursday, February 11, 2021 at Chapman Healthcare Center. He was born on June 8, 1935 in Clay County, Alabama to John Norred and Gertrude Cason Norred. Mr. Norred retired after 45 years of service as a Professional Civil Engineer with ALDOT. He was a United States Army Reserve Veteran. Mr. Norred accomplished many things in life including; cattle farming, organic gardening, coin collecting, rock collecting, fishing, and hunting. He spent many years as a land surveyor. Mr. Norred loved to tinker and could build anything out of whatever he could find or had lying around. He was a member of the 3rd Army Reserve rifle team and traveled many places to shoot competition. He was a member of Hillabee Baptist Church. He is survived by his wife of 67 years, Betty R.Waites Norred; daughter, Nancy N. Hildebrant (Steve); sons, Robert L. Norred and Michael A. Norred (Net); grandson; Benjamin L. Norred; sister, Mary Ann Parker; brother, John M. Norred (Helen), and numerous nieces and nephews. He was preceded in death by his parents and sisters, Pat Norred, Dora Birdsall, Elizabeth Osborne, and Betty Jean Craig. In lieu of flowers memorials may be made to one’s favorite charity or organization. All visitations and services will be held in compliance with the mandated rules from Alabama Dept of Public Health.

Funeral Service for Mr.Herbert Lewis Norred, 85, of Alexander City, Alabama, will be Saturday, February 13, 2021 at 3:00 pm at the Chapel of Radney Funeral Home. Bro. Donnie Pritchard will officiate. Burial will follow in the Hillview Memorial... View Obituary & Service Information

The family of Mr. Herbert Lewis Norred created this Life Tributes page to make it easy to share your memories.

Send flowers to the Norred family.