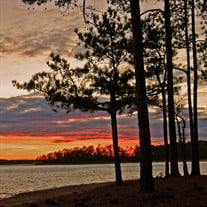 Freddie Lavelle Blankenship of Alexander City died at his home on March 23, 2022. He was born on August 8, 1941 in Alexander City, the youngest child of Rufus Lavelle Blankenship and Bernice Whitman Blankenship. Freddie grew up in Alex City and attended Avondale School and Benjamin Russell High School from which he graduated in 1959. He then went to the University of Alabama where he received a degree in Civil Engineering in 1964. While in college, he worked part-time for the Alabama Highway Department and after his graduation, he returned to Alexander City and began working full time for the DOT. During his career he climbed to the position of Division Engineer for the Fourth Division. He was instrumental in developing the program to plant wildflowers along the rights of way and in computerization of warehouse inventory, first in his division and later statewide. He retired in 1998. Freddie was a former Boy Scout Master and a former member of the local Kiwanis Club. He was a member of First United Methodist Church. He also loved gardening, golf, boating, camping, and genealogy. He loved his classmates from the BRHS Class of ’59 and was instrumental in putting together many class reunions. But most of all, he loved spending time with his family, whether at their Lake Martin home or traveling with them. Freddie is survived by his wife of 61 years, Edith Cameron Blankenship, and their four sons: Martin Luther Blankenship (Gayla) of Pelham and their children-- Jesslyn Blankenship Mays (Nathan), Abigail Blankenship Pflaum (Adam), Nathan Gooch (Rachel), Todd Gooch (Becky); David Steven Blankenship (Mary) of Greensboro and their children-Scott Blankenship (Stephanie) and Mallory Blankenship Carter (Wesley); Joseph Cameron Blankenship (Jill) of Ashville, AL and their children-Cameron Blankenship (Laura), Courtney Blankenship Aldridge (David), Carley Blankenship, and Jennifer Pickle (James); Alfred Marion Blankenship of Sanford, FL and his children-Emily, Ryan, Lauren, and Hailee Blankenship; eleven great-grandchildren; a sister, Helen Blankenship Robinson of LaGrange, GA, a special niece, Rachel Ackerson, as well as many other nieces, nephews, and other family members. He was preceded in death by his parents, a sister, Dorothy Rebecca Blankenship Ackerson, and a brother, Rufus Bernard Blankenship. Cremation, per Freddie’s request, will take place. A memorial service will take place at Radney Funeral Home on April 2 at 2:00 P. M. with Rev. Chip Vann and Rev. Mike Densmore officiating. Family will receive friends from noon until the time of the service at the funeral home. In lieu of flowers, the family requests donations be made to Tukabatchee Area Council, BSA, 3067 Carter Hill Road, Montgomery, AL 36111 or the charity of your choice.

The family of Mr. Freddie Lavelle Blankenship created this Life Tributes page to make it easy to share your memories.

Freddie Lavelle Blankenship of Alexander City died at his home...

Send flowers to the Blankenship family.