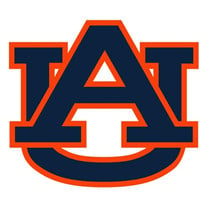 Epifania (nee Sakaria) Fuller was born on December 6, 1960 to the late Evotia Onasai and raised by her grandparents, Lafaele, and Anamaria Sakaria, in the town of Luatuannu on the island of Western Samoa. At a young age her family moved to Hawaii where she spent most of her late childhood and young adult life. While there, she accepted Christ and joined Our Lady of Peace Catholic Church. At the age of 26, she was united in Holy Matrimony to Cameron Scott Fuller in Honolulu, Hawaii. Shortly after marrying, she gave birth to three beautiful children, Dee-Laris Fuller, Teja Lawson, and Tyron Fuller, to whom she leaves her legacy. During her time on this Earth, she worked as a skilled supervisory laborer in cabinetry and custom home designs. It is within this field she showed artistry, dedication, and craftsmanship to her work. Between her time working and parenting, she also found the time to attend the church of Mount Zion Baptist Church of Davison, AL, where she was baptized and become a member. Following her baptism and membership with the church, Epifania also found time in the midst of her busy schedule to attend Central Alabama Community College, where she obtained her associates as a certified nursing assistant. Her persistence and enigmatic energy she applied to anything she did, is incomparable to the mother, friend, and advisor that she was and STILL is for those around her. Epifania Fuller departed this life on Wednesday, March 23, 2022. She was preceded in death by her mother Evotia Onosai. She is survived by her two daughters and one son: Dee-Laris Fuller, Teja Lawson (Wendell Lawson), and Tyron Fuller (Marlena McAdory). She also leaves behind her siblings: Evelina Tuifaasisina Williams Sakaria, Falaniko Sakaria, Joe Onosai (Ann Onosai), Jerry Onosai. She was blessed to be remembered by her grandchildren: Areyaunna McNeal, Senterrica Robinson, Jaxon Zymier Green, Aiden Lawson, Ahri Lawson, Ja`Keiyan, Zarik Fuller, Ja`mari Kyrie Fuller, Brinlee Alyssa Fuller. Lastly but not forgotten, she leaves behind a host of nieces, nephews, other relatives, and friends.

Epifania (nee Sakaria) Fuller was born on December 6, 1960 to the late Evotia Onasai and raised by her grandparents, Lafaele, and Anamaria Sakaria, in the town of Luatuannu on the island of Western Samoa. At a young age her family moved to Hawaii... View Obituary & Service Information

The family of Ms. Epifania Fuller created this Life Tributes page to make it easy to share your memories.

Send flowers to the Fuller family.