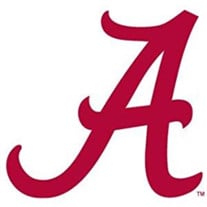 Funeral Service for Mr. Dewey S. Tate, 76, of Goodwater, Alabama, will be Friday, May 21, 2021 at 2:00 pm at the Chapel of Radney Funeral Home. Dr. Bill Etheridge will officiate. Burial will follow in the Parkdale United Methodist Cemetery. The family will receive friends on Thursday, May 20, 2021 from 5:00 pm to 7:00 pm at Radney Funeral Home. Mr. Tate passed away on Tuesday, May 18, 2021 in Goodwater. He was born on April 18, 1945 in Sylacauga, Alabama to Almon Tate and Lois Jones Tate. He was an active member of Parkdale United Methodist Church. Dewey was a hard worker. He worked at Russell Corp for 38 years and then worked his favorite job, which was a van driver for the City of Goodwater for 8 years. He loved talking to people and he never met a stranger. Dewey was an avid Alabama football fan as well as NASCAR. He loved gardening, working on his tractor, looking at new cars and going to antique car shows. He is survived by his wife of 45 years, Gail Satterfield Tate of Goodwater; daughters, Christy Speaks (Ricky) of New Site and Kim Johnston (Shannon) of Alexander City; son, Jason Tate (Brandy) of Sylacauga; grandchildren, Heather Vickers (Eric) of Jacksons Gap, Kevin Headrick (Paige) of Goodwater, Karen Hodnett of Birmingham and Connor Tate of Sylacauga; great-grandchildren, John Eric Vickers, Jr., Jeremy Vickers, Kyler Vickers, Kameron Headrick and Zoey Headrick; sister, Saleta Heath of Goodwater; niece, Ann Green of Goodwater; great-nephew, Matthew Green; and brother-in-law, Marty D. Satterfield (Betsy) of East Palatka, FL. He was preceded in death by his parents.

Funeral Service for Mr. Dewey S. Tate, 76, of Goodwater, Alabama, will be Friday, May 21, 2021 at 2:00 pm at the Chapel of Radney Funeral Home. Dr. Bill Etheridge will officiate. Burial will follow in the Parkdale United Methodist Cemetery.... View Obituary & Service Information

The family of Mr. Dewey Sanford Tate created this Life Tributes page to make it easy to share your memories.

Send flowers to the Tate family.