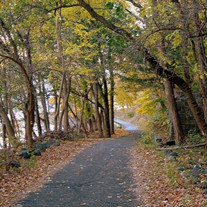 Mr. Graham, age 64, passed away surrounded by his family on February 3, at Adams Health and Rehab after an extended illness. His parents were Croley Wayne Graham and Joyce Durham Graham of Huntsville, AL. David graduated from Madison Academy in 1975 and attended Auburn University where he received a Bachelor of Science in Building Construction while working part time for United Parcel Service (UPS). After graduation, he was promoted into management at UPS where he quickly rose to the rank of executive working as a district project engineer manager and division operations manager in several regions all while moving primarily across the Southeast. He retired from UPS after 31 years of service and worked with various real estate development firms as Senior Project Manager until 2011. David was a faithful husband, loving father, and a kind and considerate friend to many. He loved being outdoors, music, animals, biking, hiking, running, kayaking, fishing, traveling, hunting and immersed himself in books almost every day. He is preceded in death by his parents, in-laws (Peggy and Wyndall Heath) and nephew, Winston Boyd. He is survived by his wife of 40 years, Bridget Heath Graham of Rockford AL, his daughters, Laurel Crawford (Brandon)of Pansey, AL and Audra Graham (Jonathon Hoagland) of Island Lake, Illinois, granddaughter Caroline Crawford,stepgranddaughter, Branlee Crawford, brother Croley Graham (Joy), sister Milina Boyd (Steve Phillips), aunts, uncles, nieces, nephews, and cousins. The family would like to extend gratitude to the dedicated staff at Adams Health and and Rehab for the excellent care they provided over the years and to Ivy Creek Hospice. Memorial contributions may be made to the Hissop Concord Cemetery Fund, PO Box 52, Rockford AL 35136 or to Alzheimer’s of Central Alabama. A funeral will be held at Radney Funeral Home Memorial Chapel in Alexander City, Alabama at 2 pm on February 7 with visitation preceding the service at 1 pm.

Mr. Graham, age 64, passed away surrounded by his family on February 3, at Adams Health and Rehab after an extended illness. His parents were Croley Wayne Graham and Joyce Durham Graham of Huntsville, AL. David graduated from Madison Academy... View Obituary & Service Information

The family of Mr. David Lionel Graham created this Life Tributes page to make it easy to share your memories.

Mr. Graham, age 64, passed away surrounded by his family on February...

Send flowers to the Graham family.