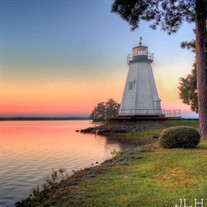 Curtis “Wayne” McMahan, 73, was called home to the Lord on Wednesday, June 17, 2020, following a severe stroke. He was constantly surrounded by his family and loved ones during his final days on earth, and passed away peacefully with family by his side. Wayne was born August 5, 1946, in Hokes Bluff, Ala., to Curtis Udell and Mary Frances “Bet” Moore McMahan. Wayne was a lifetime member of the Church of Christ. He was a graduate of Hokes Bluff High School and David Lipscomb University. He proudly served as Chief of Staff to Lieutenant Governor Jere Beasley and as the Executive Director of the Alabama Dental Association for 30 years. He is an honorary member of the American Dental Association. Among his greatest joys was watching his eldest son, Kurt, play sports and ultimately realize his passion for music. He enjoyed mentoring his youngest son, Brannen, in his political pursuits in Youth Legislature and debate, and, as an adult, his success in the residential construction business. In recent years, he enjoyed establishing a permanent residence at his favorite place, Lake Martin, with his wife, Sue Ann. Wayne is survived by his wife of 30 years, Sue Ann Chalker McMahan; two sons, Kurt Moore McMahan (Dayna) and William Brannen McMahan (Bailey); sister, Elizabeth Ann McMahan; niece, Elizabeth Bouchelle Perry Knetch (Richard); great-nephew, Patrick Whittaker Knetch; and great-niece, Vivian Elizabeth Knetch. Wayne was preceded in death by his father, Curtis, and mother, Bet; and his late wife of 18 years, Patricia Hudgins McMahan. A memorial service will be held at 11 a.m. Tuesday, June 23 at Church in the Pines on Lake Martin. Radney Funeral Home will direct the service with Reverend James Cullins officiating. Lake Martin had become home for his family, and therefore, we ask that all donations be sent to Children’s Harbor at 1 Our Children’s Highway, Alexander City, AL 35010.

Curtis &#8220;Wayne&#8221; McMahan, 73, was called home to the Lord on Wednesday, June 17, 2020, following a severe stroke. He was constantly surrounded by his family and loved ones during his final days on earth, and passed away peacefully... View Obituary & Service Information

The family of Mr. Curtis Wayne McMahan created this Life Tributes page to make it easy to share your memories.

Curtis “Wayne” McMahan, 73, was called home to the Lord on Wednesday,...

Send flowers to the McMahan family.