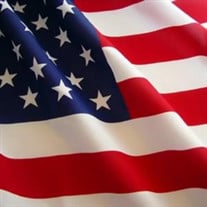 Graveside Service for Mr. Charles Fletcher "Buddy" Forehand Jr., 72, of Alexander City, will be Sunday, April 11, 2021 at 3:00 pm at the Hillview Memorial Park. Chaplain Jim Reese will officiate. The family will receive friends on Sunday, April 11, 2021 from 1:30 pm to 2:30 pm at Radney Funeral Home. Mr. Forehand passed away on Thursday, April 8, 2021 at Baptist Medical Center South (Montgomery). He was born on October 16, 1948 in Alexander City, Alabama to Charles Fletcher Forehand, Sr. and Betty Jean Peters Forehand. He served in the Army National Guard for 34 years, retiring as a Sergeant First Class. He loved living on and spending time on Lake Martin. He loved to travel and was often researching restaurants to check out along the way. He loved riding motorcycles and was the director of the Montgomery Harley Owners Group for many years. He organized the Christmas in July Toy Run in Union Springs to benefit DHR Children. He loved children, especially his nieces and nephews, and supported them in everything they did. He loved his family and friends dearly and will be greatly missed. He is survived by his wife of 43 years, Cynthia W. Forehand of Alexander City, AL; sisters, Karen Forehand Sturkie (William) of Alexander City, AL, and Sheila Forehand Brown of Alexander City, AL; nieces, Kimberly Bellino, Stephanie Crutchfield, and Abigail Brown; nephews, Nolen Brown (Shay) and Stephen Weathers (Amy); great-nieces, Kathryn Crutchfield, Abigail Weathers, and Leigh Nolin Brown; and brother-in-law, Howard "Chip" Weathers, III (Lisa). He was preceded in death by his parents; mother-in-law, Joyce Allen Sorrell; father-in-law, Howard Weathers, Jr.; step-father-in-law, Andrew Sorrell; and brother-in-law, Rocky Brown. Flowers will be accepted or memorial donations may be made to DHR Foster Children, at 687 March Street, Union Springs, AL 36089. Memorial messages may be sent to the family at www.radneyfuneralhome.com. Radney Funeral Home is in charge of the arrangements.

The family of Mr. Charles Fletcher "Buddy" Forehand created this Life Tributes page to make it easy to share your memories.

Send flowers to the Forehand family.