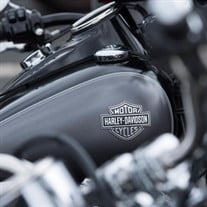 Funeral Service for Mr. Billy Lee Moore “Buddy”, 77, of Columbus, GA will be Wednesday, June 22, 2022, at 11:00 am at the Chapel of Radney Funeral Home. Chaplain Mark Grizzard will officiate. Burial will follow in the Hillview Memorial Park. The family will receive friends on Wednesday, June 22, 2022, from 10:00 am to 11:00 am at Radney Funeral Home. Mr. Moore passed away on Sunday, June 19, 2022, at Brown’s Nursing Home. He was born on April 30, 1945, in Alexander City, Alabama to Grover Cleve Moore and Lois Virginia Blake Moore. He was a member of Comer Memorial Baptist Church. Buddy graduated from Benjamin Russell High School and attended Auburn University. He served in the National Guard and later the reserves. He was employed at Russell Mills for 25 years where he was the manager of #8 then went to work for Carter Mills for 17 years before retiring. Upon returning to Columbus Georgia he was employed at Walmart and was still working there last year when he became ill. If anyone were to ask Buddy he would have said, "I am on leave from Walmart. " Buddy had a wonderful sense of humor and loved joking around with family and friends. He enjoyed traveling, riding his motorcycle and eating out with his family. He is survived by his son, Shane Gunn; daughters, Leigh Anne Caldwell (Cam), Heather Patridge (Will); stepdaughters, Dorothy Pitre, Leslei Roberson; grandchildren, Cameron Caldwell, Andrew Caldwell, Hudson Patridge, Clara Patridge, Van Patridge, Lea "Sally jane" Reeves; sisters, Evelynn Harvel, Betty Rasmussen, Shirley Melton (Kenneth); brother-in-law, Jeff Reeves; special friend, Harriett Scott; niece, Suzanne Ogletree (Chris) and several nieces, nephews, great-nieces, and great-nephews. He was preceded in death by his wife, Betty R. Moore, parents and brother, Jimmy Blake Moore.

Funeral Service for Mr. Billy Lee Moore &#8220;Buddy&#8221;, 77, of Columbus, GA will be Wednesday, June 22, 2022, at 11:00 am at the Chapel of Radney Funeral Home. Chaplain Mark Grizzard will officiate. Burial will follow in the Hillview Memorial... View Obituary & Service Information

The family of Mr. Billy "Buddy" Lee Moore created this Life Tributes page to make it easy to share your memories.

Send flowers to the Moore family.