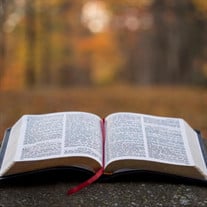 Funeral Service for Mr. Barry Clark, 69, of New Site, Alabama, will be Saturday, March 5, 2022, at 11:00 am at the New Site United Methodist Church. Rev. Keith Lightsey, Rev. Wayne McCain, and Rev. Bob Owens will officiate. Burial will follow in the Bethlehem-New Salem Cemetery. Mr. Clark will lie in state for one hour prior to the service. The family will receive friends on Friday, March 4, 2022, from 5:00 pm to 7:00 pm at New Site United Methodist Church. Mr. Clark passed away on Tuesday, March 1, 2022, at St. Vincent’s Hospital. He was born on March 22, 1952, in Alexander City, Alabama to Willie Carl Clark and Erma Coker Clark. Barry loved his family and was a devoted husband, father and Papa Bear. He was actively involved in his community and church. He was a lifelong member of New Site United Methodist Church where he served in many capacities. His love for the Lord was evident in how he lived his life. He is survived by his wife of 46 years, Deborah Clark; daughter, Erin Adair (Reed); son, Cory Clark (Hali); grandchildren, Carter, Avery, Emmaline and Elodie; in-laws Leon and Marnetha McCain and many more family members that were special to him. He was preceded in death by his parents and sisters Mary Faye Peters and Carolyn Gay. In lieu of flowers, memorial contributions may be given to New Site United Methodist Church, 108 Church Road, New Site, AL 36256.

The family of Mr. Barry Clark created this Life Tributes page to make it easy to share your memories.

Send flowers to the Clark family.