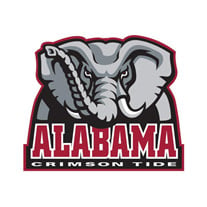 Funeral Service for Mr. Aubrey Damon Vickers, 71, of Goodwater, Alabama, will be Monday, November 29, 2021 at 2:00 pm at the Oak Chapel Baptist Church. Rev. Charles Stone and Rev. Noel Vickers will officiate. Burial will follow in the Oak Chapel Baptist Church Cemetery. The family will receive friends on Sunday, November 28, 2021 from 5:00 pm to 7:00 pm at Radney Funeral Home. Mr. Vickers will also lie in state at the church on Monday from 1:00 pm until service time. Mr. Vickers passed away on Thursday, November 25, 2021 at his residence. He was born on December 7, 1949 in Coosa County, Alabama to Alfred Raymond Vickers and Aubrey Mae Brown Vickers. He was an active and dedicated member of Oak Chapel Baptist Church, where he served as Treasurer, Sunday school teacher, sang in the choir, taught VBS, enjoyed visiting members of the community with Bro. Stone and was in the Brotherhood. He was a hard worker and enjoyed working in his garden and feeding his chickens. He worked for Russell Corp. for 30 years and retired as a Cloth Inspector. He then worked at Walmart for 3 years as a cart pusher and worked in the garden center. After Walmart, Mr. Vickers worked for the Alabama Department of Transportation as a Survey Engineer for 10 years. He was a proud U.S. Army veteran of the Vietnam War. He was an avid Alabama fan, enjoyed watching westerns and riding his tractor. He had a great sense of humor and loved having a good time. His greatest joy was his family and he loved spending time with them. He is survived by his wife of 41 years, Cheryl Hill Vickers of Goodwater; children, Eric Vickers (Jessica) of Goodwater, Sharon Cummings (Jeremy) of Alexander City, Lesley Vickers (Ashlynn) of Goodwater and Rachael Phillips (Shane) of Ashland; grandchildren, Hayden Vickers, Lathan Vickers, Cora Vickers, Samuel Phillips, Rayleigh Phillips and Michael Phillips; sisters, Carol Patterson (William "Cotton") of Talladega, Judy Nelson (Jimmy) of Goodwater and Martha Jacks (John) of Sylacauga; brothers, John Vickers of Goodwater and Don Vickers of Alexander City; former spouse, Dorothy McWhorter of Alexander City; sister-in-law, Martha Ellen Vickers of Sylacauga; and many friends and other family members. He was preceded in death by his parents and brother, Dale Vickers. The family would like to give a special thanks to Kristin and Haley of Southern Care Hospice, for the wonderful love and care that they extended to Mr. Vickers and the family.

The family of Mr. Aubrey Damon Vickers created this Life Tributes page to make it easy to share your memories.