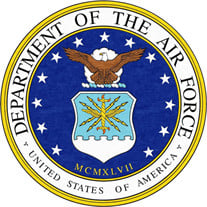 Funeral Service for Mr. Alston Sherwin "Buck" Hall, 85, of Wetumpka, Alabama, will be Saturday, April 9, 2022, at 2:00 pm at the Chapel of Radney Funeral Home. Randy Anderson will officiate. Burial will follow in the Hillview Memorial Park. The family will receive friends on Saturday, April 9, 2022, from 12:30 pm to 1:30 pm at Radney Funeral Home. Mr. Hall passed away on Thursday, March 31, 2022, at his residence. He was born on December 30, 1936, in Wetumpka, Alabama to Alston Howard Hall and Velma Louise Downs Jones. Buck was a devoted husband to Billie and loved her dearly. He loved his children and grandchildren with all his heart and was immensely proud of them and their many accomplishments. Their success in life has been a result of their father’s strong ethics and work value that he instilled in each of them. He proudly served our country in the United States Air Force for 23 years, serving in both the Vietnam and Korean Wars. He enjoyed listening to old gospel and country music and his many conversations and visits with his children. He is survived by his daughter, Tracey Leigh Hall McCain; son, Harry Alston Hall (Rose); daughter, Kellie Jean Hall; grandchildren, Ciara Hall, Johnathan Samford (Brandi), Nathaniel Osborn (Ashley), Taylor Osborn, Ashton Leigh Hall, Joey Fulmer, Lillian Fulmer, Trey Fulmer; four great-grandchildren and sister, Faye Harvey (Jack). He was preceded in death by his wife of 61 years, Billie Jean Hall; son, Michael Christopher Hall; parents; sister, Edna Yeargen and brother, James Jones. In lieu of flowers the family requests memorial contributions be made to Vietnam Veterans of America, 8719 Colesville Road, Suite 100, Silver Springs, MD, 20910 or at www.vva.org.

Funeral Service for Mr. Alston Sherwin "Buck" Hall, 85, of Wetumpka, Alabama, will be Saturday, April 9, 2022, at 2:00 pm at the Chapel of Radney Funeral Home. Randy Anderson will officiate. Burial will follow in the Hillview Memorial Park.... View Obituary & Service Information

The family of Mr. Alston Sherwin "Buck" Hall created this Life Tributes page to make it easy to share your memories.

Send flowers to the Hall family.